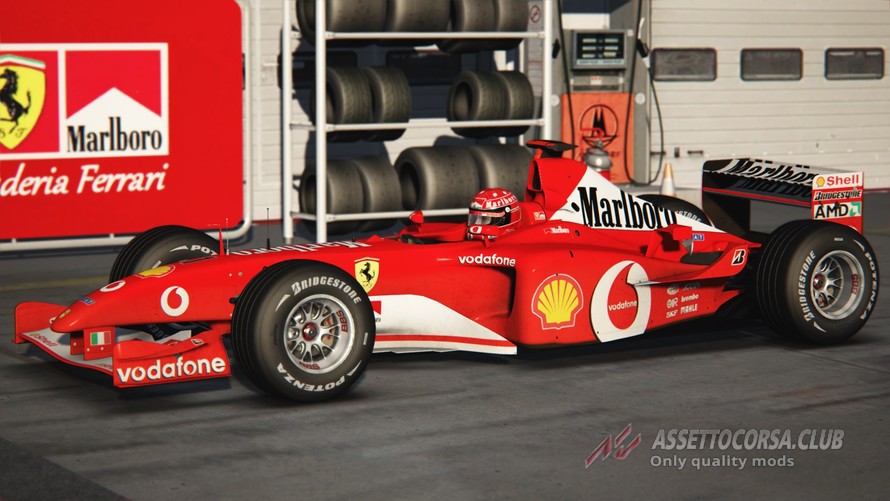 The Ferrari F2002 was one of the most successful Formula One car designs of all time. Designed by Ross Brawn, Rory Byrne and Paolo Martinelli, it won fifteen Grands Prix, from a total of nineteen races in 2002 and 2003.

Included:
-F2002 with all liveries used in the season (Tobacco and Non-Tobacco).
-Skins with removed dust effect.
-2K Skins for lower end PC's or online server use.