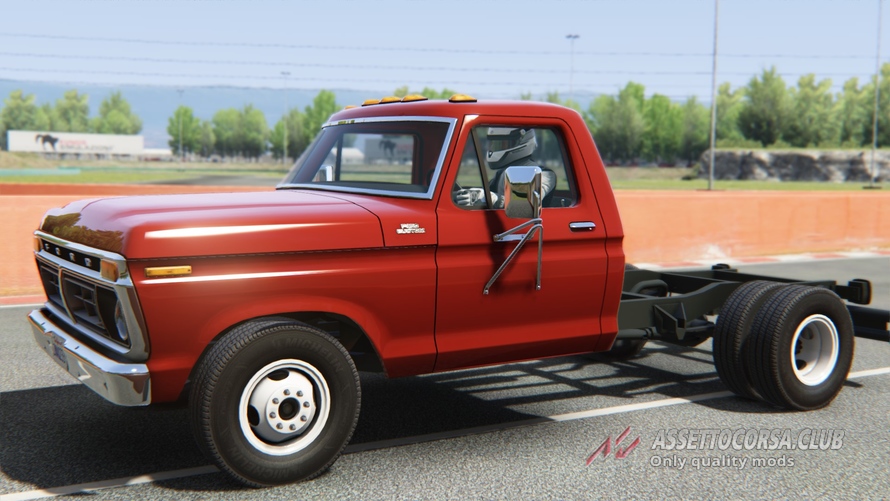 This is a 1977 Ford F350, sold as a single cab with dual rear tires on a Dana D70 axle. Although it's called a 1 ton truck, the gross weight limit is around 5 1/4 tons. As an upgrade, an airport outfitted it with a set of stairs so it could be used to access private jets.

The mod consists of three versions, the base stage, stairs stage, and flatbed stage.