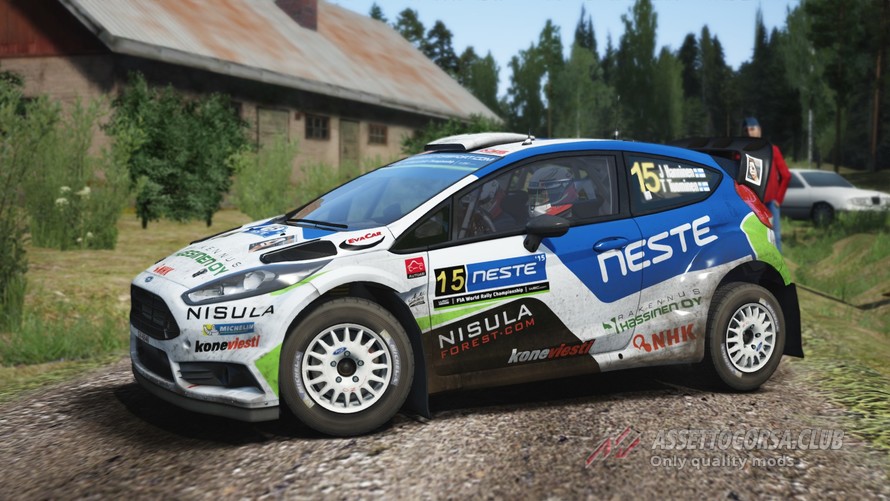 The Ford Fiesta RS WRC is the World Rally Car built for the Ford World Rally Team by Ford Europe and M-Sport for use from the 2011 World Rally Championship season. It is based upon the Ford Fiesta road car, and replaced the Ford Focus RS WRC, which competed in various versions since 1999.
Springs are from Eibach while Dampers are 3 way adjustable from Reiger.