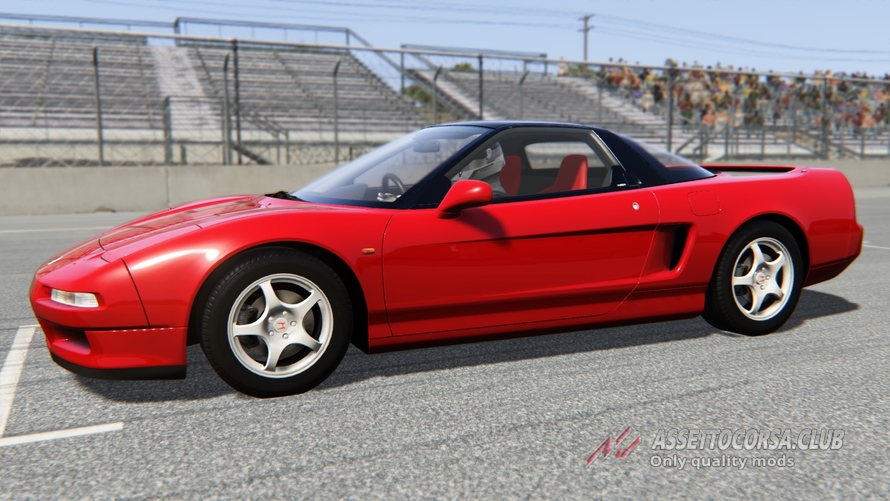 One of the best mods for Assetto Corsa!

The birth of Honda NSX in 1990 represented the peak of Japanese motor industry in its booming period. At that time, Honda racing engines had been dominating Formula One for several seasons. Its Civic and Accord also achieved sales success worldwide. However, to get the recognition from Western hardcore, the Japanese needed to do something even greater. While Toyota was working hard to build its first luxury car (Lexus LS400), Honda decided to develop a mid-engined sports car that could rival the best sports cars in the world, namely Ferrari 328 GTB and Porsche 911. This car turned out to be the NSX, whose name stands for New Sportscar eXperiment.