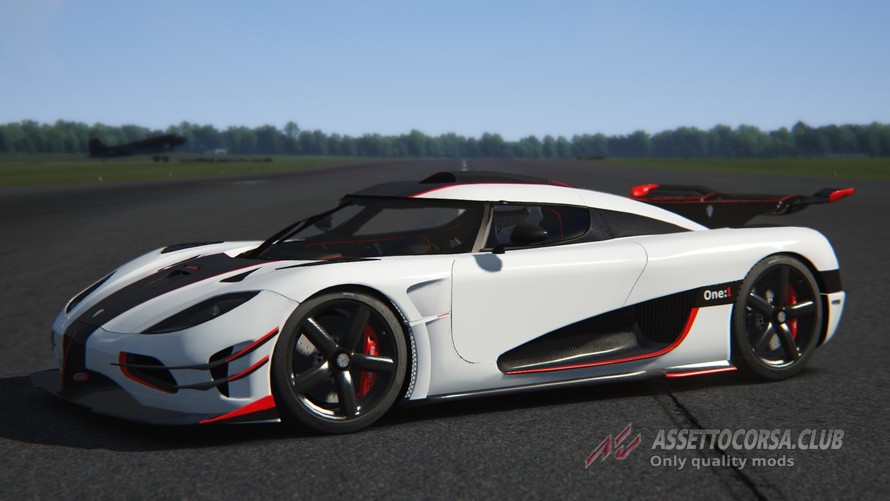 Koenigsegg is creating six uniquely developed and designed production cars: the One:1 program. This is one of the most exclusive production car programs ever envisaged.

The hp to kg curb weight ratio is an astonishing 1:1. This is the dream equation previously thought impossible. On top of this, the One:1 is the first homologated production car in the world with one Megawatt of power, thereby making it the first series produced Megacar. These are the reasons for naming the car One:1.

Original credits:
Modelling: moringaou, Jadonyx
Textures: Legende_TLM, moringaou, After_Midnight
Physics: CCX
Sounds: NeverKrash
Factory Test Driver: Nick Moxley
Instrument design: Fillipo94
Special thanks to: Nick Moxley, misterbeam, burrito, Avoletta and mclarenf1papa for their great help with improving the physics, the_meco for his assistance with the export of the model into AC and Modek for his assistance.