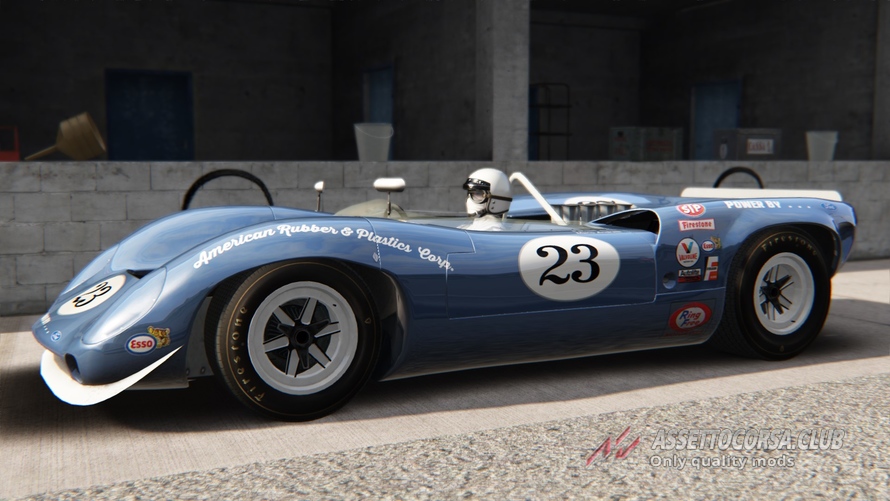 By far the most successful of the T70 series cars, the MkII Spyder debuted in 1966 and quickly earned a reputation as the fastest car in the world by scoring several lap records ahead of contemporary F1 machinery.
It dominated the Can Am series in 1966, winning 5 of 6 races - one each for Dan Gurney and Mark Donohue and three for John Surtees en route to the championship. It also won the USRRC in 1966/67 and swept all 7 rounds of the 1966 British Sports Car Championship in the hands of Surtees and Denny Hulme.