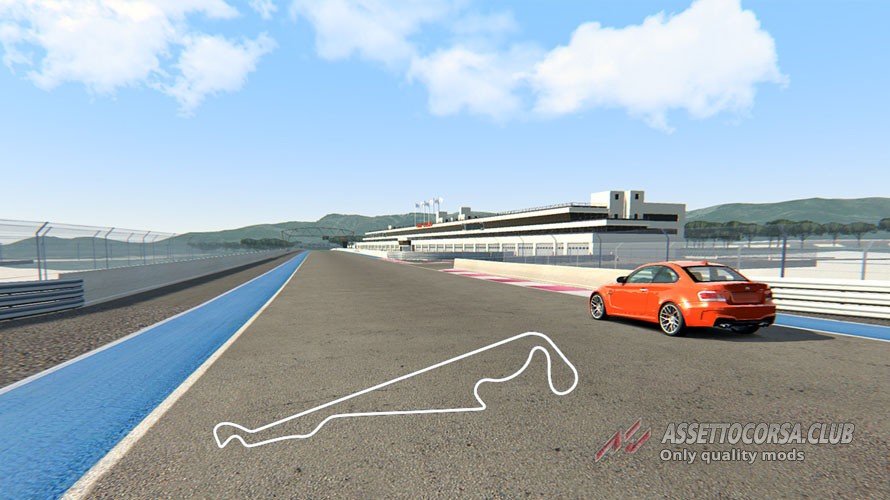 The Paul Ricard Circuit is a motorsport race track built in 1969 at Le Castellet, near Marseille. It is regarded as one of the best testing circuits in the world. The track is famous for its 1.8km Mistral straight. The full track is around 3.610 miles (5.8 km) long. The shorter circuit is known as the GP short circuit and is 2.369 miles (3.8 km) long. The track offers 167 possible configurations from 826 to 5,861 metres. Its flexibility and mild winter weather mean that it is used for testing by several motorsport teams, including Formula One teams.